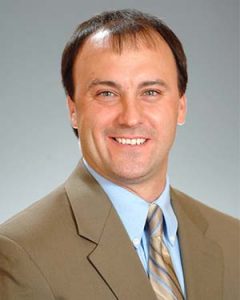 Doug Florkowski, CEO, Crawford Memorial Hospital, Robinson, IL, was named 2019 President of the Board of Directors of the Illinois Critical Access Hospital Network at its 2018 Annual Conference in Champaign. In his new role, Mr. Florkowski will support the organization and its mission to strengthen and provide assistance and resources to its 57 critical access and small, rural hospital members.

Pat Schou, Executive Director of ICAHN said, "Doug brings a wealth of experience to our board, and we are grateful for his leadership expertise within the rural hospital community. He is visionary and a strong collaborator that will help us grow our rural health organization. I am excited to work with him and know that he will bring energy and great ideas on behalf of rural healthcare to the table.”

Mr. Florkowski had served as the CEO at Lawrence County Memorial Hospital since 2006 prior to being named CEO at Crawford in 2017.