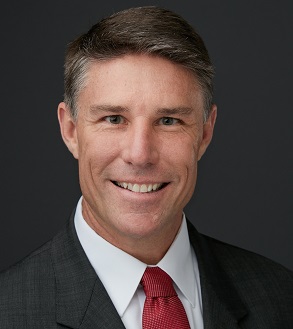 Edward J. “Ted” Rogalski, FACHE, Administrator, Genesis Medical Center, Aledo and DeWitt, was named President of the Board of Trustees of the Illinois Critical Access Hospital Network (ICAHN) during its annual conference. In his new role, Mr. Rogalski will support the organization and its mission to strengthen and provide assistance and resources to its 58-member rural hospitals.

“As immediate Past Chairman of the Illinois Health and Hospital Association’s Board of Directors, Ted bring a wealth of experience to ICAHN and its members,” said Pat Schou, ICAHN Executive Director. “He is focused on making rural hospitals and healthcare even better for all communities served, and he is excellent at identifying new programs and turning new ideas into action. We are excited to have him serve in the top leadership role.”

A Fellow in the American College of Healthcare Executives, Rogalski has been a member of the ICAHN Board of Directors since 2018, served as Secretary-Treasurer in 2021 and President-Elect in 2022, and has been a member of ICAHN’s Regulatory and Legislative Committee for 12 years, serving as its chairman in 2015. He is also a state delegate on the Regional Planning Board for the American Hospital Association and has served as the chairman for the Small and Rural Hospital Committee of the Illinois Health and Hospital Association (IHA).

Additionally, Ted has been an active community volunteer and serves or has served on the boards of the Vera French Mental Health Center, St. Ambrose University PA Program, Mercer County Better Together, Mercer County YMCA, St. Paul the Apostle School, Assumption High School Century Club, and Friendship Manor. In 2022, under his leadership, Genesis Medical Center-Aledo was recognized for being in the top 10% of all critical access hospitals in the country for safety/inpatient, and also, outpatient quality measures.

ICAHN hospitals serve as the primary and emergency provider for 1.4 million rural residents across the state of Illinois.

Mark Kuhn named to ICAHN's Board of Directors