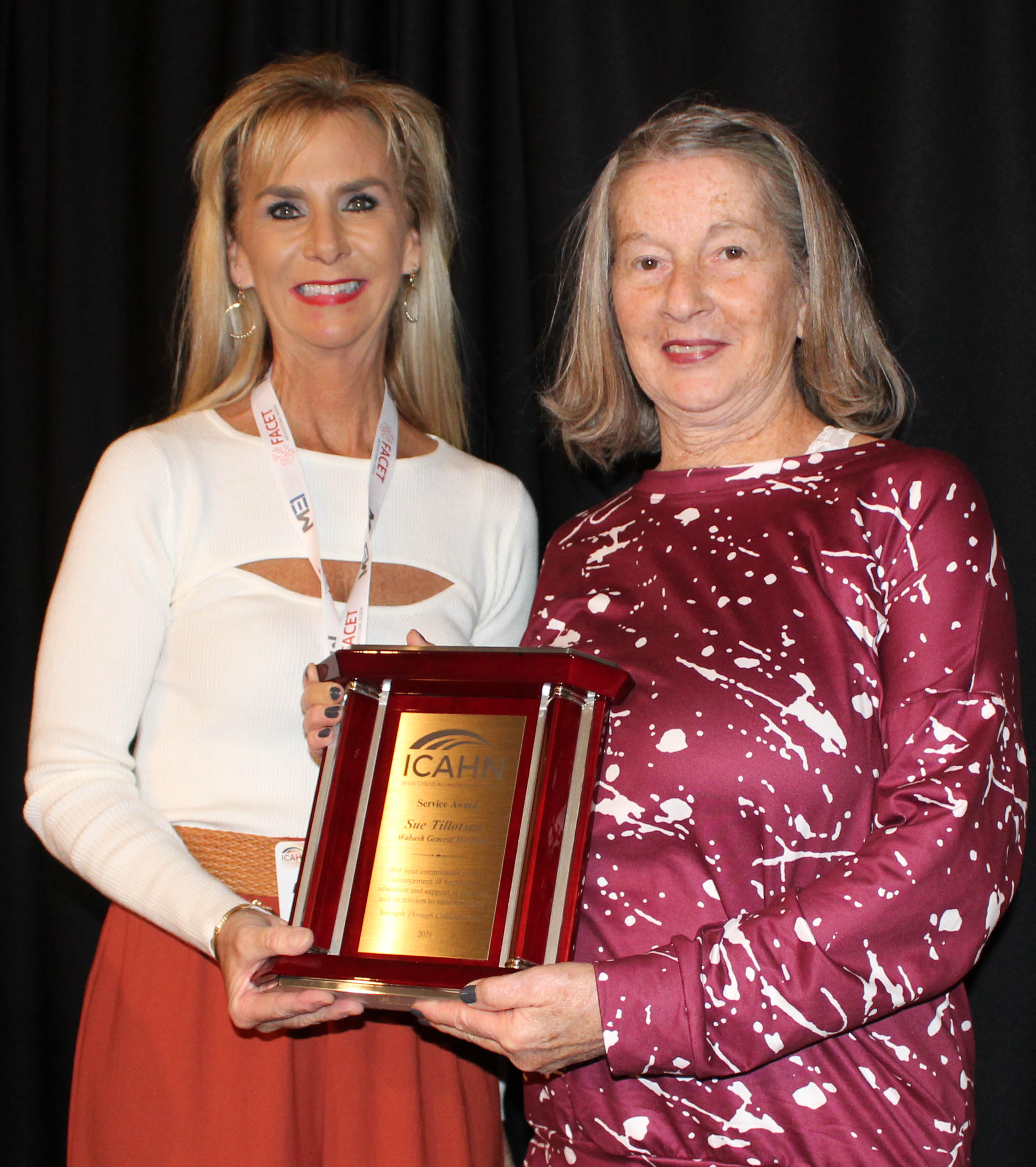 Sue has served as a nurse at Wabash General Hospital for 45 years, half of those years as Obstetrics Supervisor and then as Director of Infection Prevention and Employee Education. She has been an avid supporter of ICAHN’s Professional Education Services program, providing valuable input as a leader for several years on the Nursing Education Committee and helping shape ICAHN’s learning opportunities in general.

“Sue’s stand-out quality as a helper is often mentioned by her co-workers as she gives everyone the benefit of the doubt as well as extra time to understand and feel comfortable and confident in their roles,” said Kathy Fauble, ICAHN Professional Education Services Director. “We feel she is definitely deserving of this award, and we know she will be greatly missed when she retires in December.”