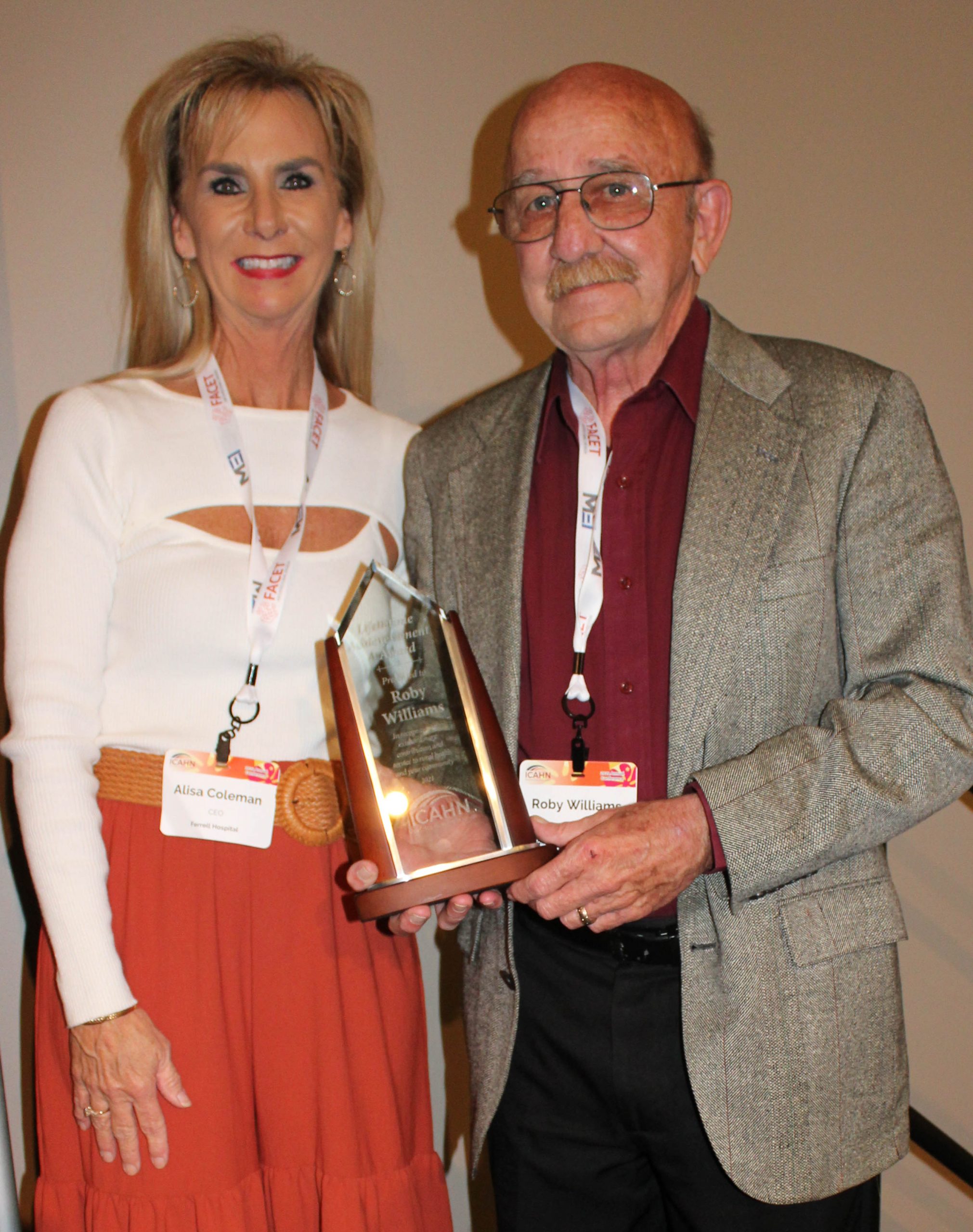 Mr. Williams was hired as an office accountant at Hardin County General Hospital in February of 1974 and within just seven years, he was named as the hospital’s administrator, the fourth in the hospital’s history.

“His first order of business, and something he has always adhered to, was to surround himself with the best people suited for the job and then map out a mission to provide the best quality care to the surrounding community because the patient has always been his number one priority,” said Janie Parker, CFO, Hardin County General Hospital. “Under his guidance, a great working relationship was established with the medical staff, and employee morale was boosted. He created an atmosphere here that promoted a strong work ethic and loyalty, and we as staff were reminded to ‘always remember who you represent.’ That was and is very important to Roby.”

This attitude has kept Hardin County General Hospital on the cutting edge of healthcare for the over 47 years of his employment, with 40 years at the helm. Many members of the community recognize his contribution to keeping the hospital viable over the years.

“Even though he has been recruited by other facilities, he has remained dedicated to our hospital,” said Dr. Marcos Sunga, Chief of Staff, Hardin County General Hospital. “He is an excellent hospital administrator and a good friend.”

Roby and Shirley, his wife of 46 years, have two sons, Chris and Kirk, and several grandchildren.

“Roby is a quiet leader whose actions and day-to-day support have kept his hospital open and successful through many difficult times,” said Pat Schou, ICAHN Executive Director. “Roby leads from the heart as well as being a smart financial businessman who knows where every hospital penny is earned and spent. He has also established a good patient care reputation for Hardin County and a community healthcare system that maintains access to quality healthcare services.

“He is a hardworking and dedicated family man who leads in every aspect of his life as an honest, caring person, making a difference every day for others,” she continued. “We are thrilled to honor Roby with this Lifetime Achievement Award.”