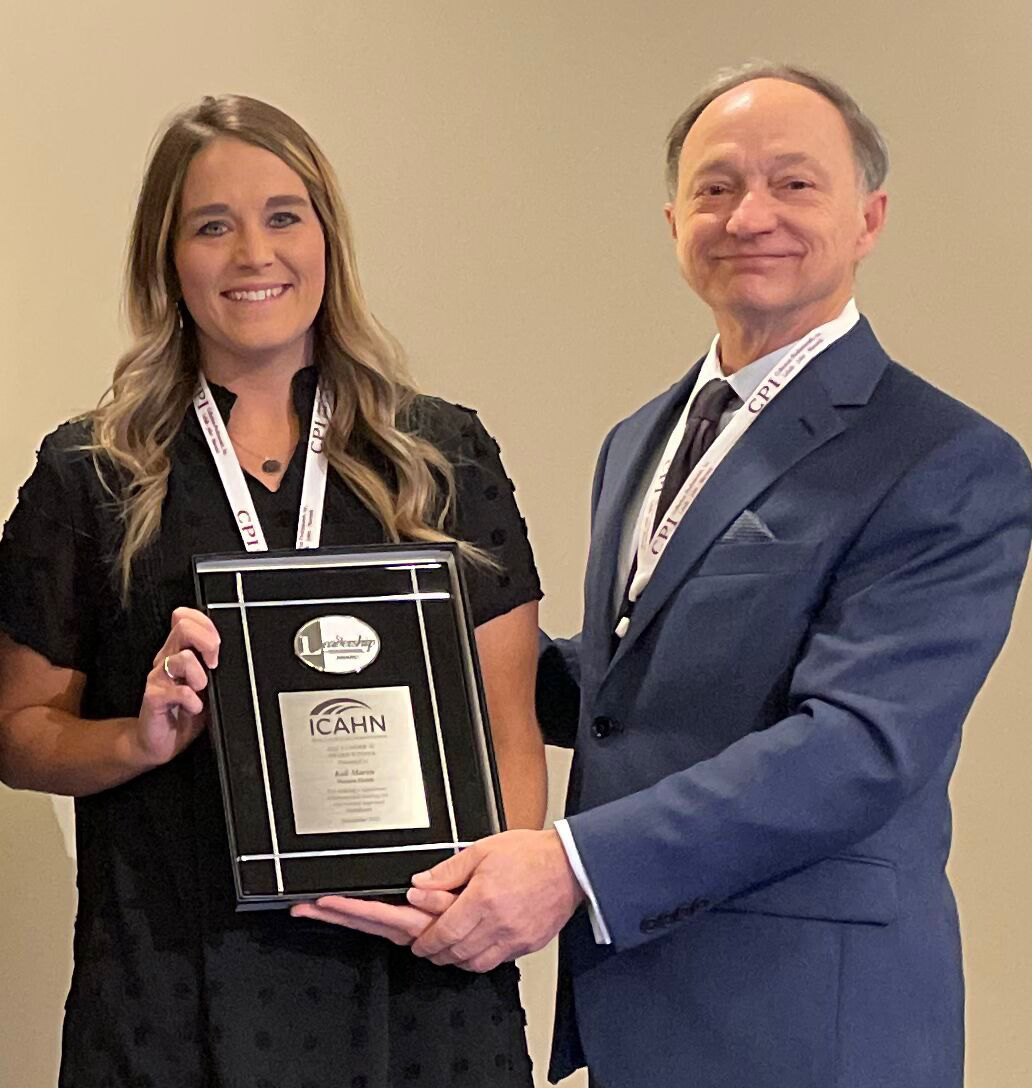 Kali Martin, Emergency Department Manager, recently received the 2022 “4 Under 40” Leadership Award from the Illinois Critical Access Hospital Network during ceremonies held November 10 at the I-Hotel in Champaign. She is shown here with ICAHN Board President Paul Skowron.

From engaging and motivating staff to helping optimize the Electronic Health Record (EHR) for easier documentation compliance, Kali is “always coming up with new and innovative ideas,” said Samantha McCarty, Critical Care Manager, Horizon Health. “She works tirelessly to ensure staff feels supported and heard. The Emergency Department never sleeps, and I do not think Kali does, either. From obtaining her Master’s degree while working fulltime to supporting staff in the Emergency Department at all hours of the day and night, she truly leads by example.

“Kali loves to recognize staff and never takes the spotlight for herself,” McCarty added. “She collaborated and led a team in significantly raising sepsis scores, and Horizon Health was awarded ICAHN’s 2021 IMPACT Award for the work she spearheaded. She also received the prestigious DAISY Award for nursing.”

In addition to these accolades, Kali is a member of the Nursing Leadership Committee (whose mission is to improve nursing processes and policies) and the Employee Engagement Committee at the Paris hospital. She routinely volunteers for added duties and recently proposed putting “in unit” educators in place to help standardize onboarding of new staff. This was considered a highly successful process change that continues to make a difference for all new nurses at Horizon Health.

ICAHN’s “4 Under 40” Hospital Leadership Award is open to new and emerging leaders aged 40 and under employed by an ICAHN member hospital or as a member of this hospital’s board for at least two years with a strong record of innovation and outstanding performance.