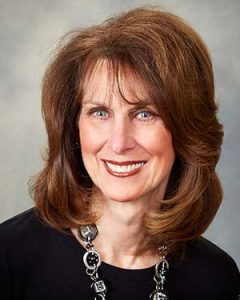 Joann Emge, CEO, Sparta Community Hospital, Sparta, IL, was named 2019 President-Elect of the Board of Directors of the Illinois Critical Access Hospital Network at its 2018 Annual Conference in Champaign. In her new role, Ms. Emge will support the organization and its mission to strengthen and provide assistance and resources to its 57 critical access and small, rural hospital members.

Sparta Community Hospital became a critical access hospital and a member of ICAHN in 2005, and Ms. Emge has served its Education Committee as a member since that time and as chairman for several years. She has served on the ICAHN Board of Directors since 2015 and the Illinois Rural Community Care Organization (IRCCO) Board since 2017. She has also been a member of the ICAHN Regulatory and Legislative Committee, the Trailblazer Committee, and the Quality Performance Committee.

In 2015, ICAHN honored Ms. Emge with its President’s Award for her longstanding and dedicated service to the statewide hospital organization.

“Joann is an individual who never hesitates to lead and accept new challenges to improve the care and services not only for her hospital and community, but also for fellow critical access and small, rural hospitals,” said Pat Schou, ICAHN Executive Director. “She will lend a great deal of expertise and experience to the board, and we are excited to work with her in the year ahead.”