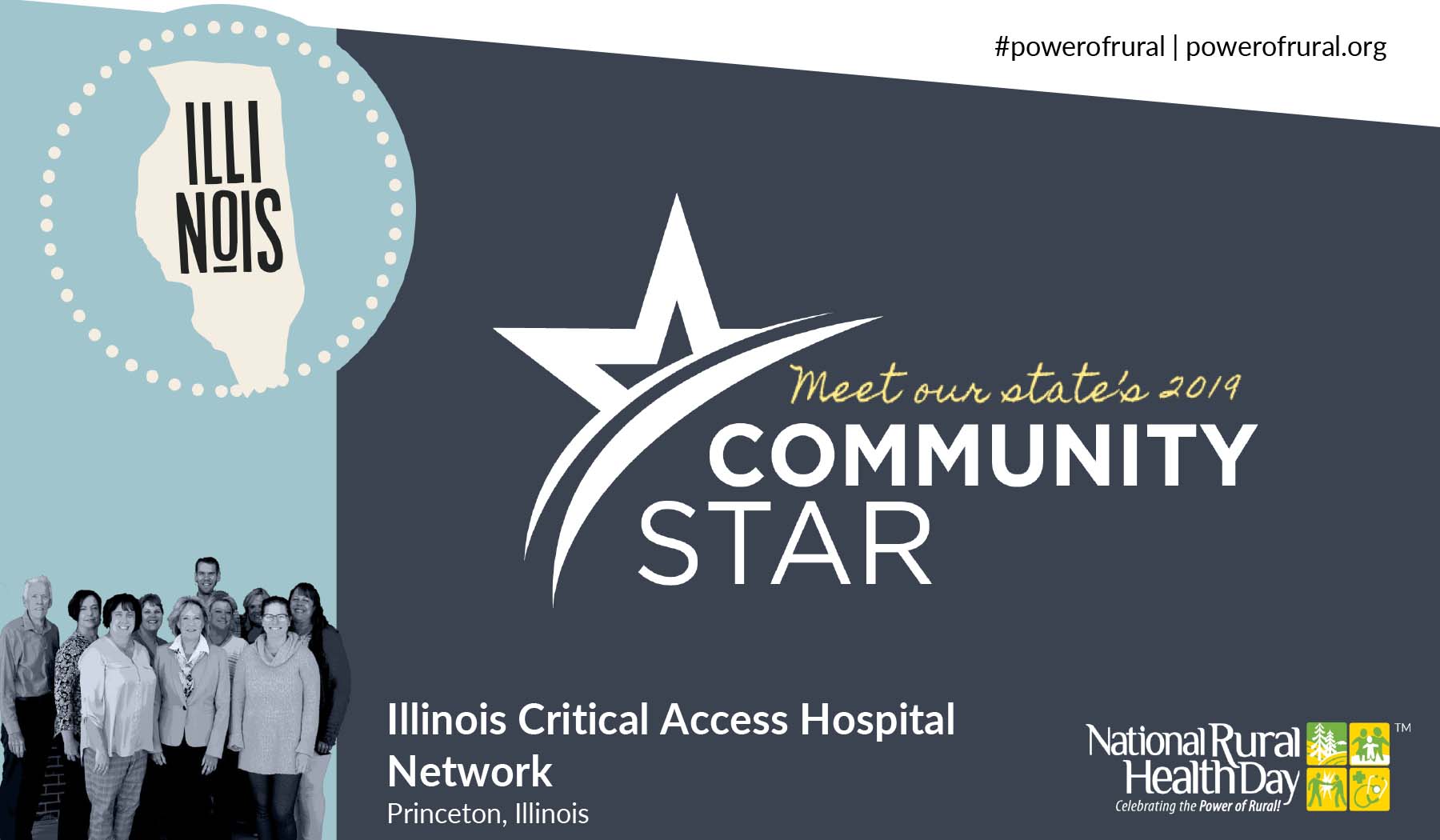 In 2015, NOSORH invited its members to nominate hospital and emergency first responder teams, community health, and volunteer service heroes on the front lines of rural health who were making a positive impact on rural lives. Soon after the stories started coming, the book of Community Stars was created and has been published on NRHD.

This year, the Illinois Critical Access Hospital Network (ICAHN) was nominated by Julie Casper, Section Chief, Illinois Department of Public Health, Center for Rural Health, and ICAHN’s story was selected to appear in the 2019 edition that is now available on the https://www.PowerofRural.org website, the official hub for NRHD and the #PowerofRural movement.

To understand why ICAHN is a vital resource for the 57 member hospitals it serves, it is helpful to know why and how this pioneering organization came into existence. The CAH (Critical Access Hospital) designation is given to eligible rural hospitals by the Centers for Medicare and Medicaid Services (CMS).  Congress created the CAH designation through the Balanced Budget Act of 1997 in response to a string of rural hospital closures during the 1980s and early 1990s.

“While CAH designation provided needed relief and resources for roughly 1,400 hospitals at the time, it also created a new set of challenges for hospitals with 25 beds or less in the State of Illinois. Enter Pat Schou and a vision for creating an organization to serve as chief navigators through uncharted territory,” said Casper.

Established in 2003, ICAHN’s purpose was and is to convene stakeholders and share resources, education, and best practices that lead to improving operational efficiencies and developing services and programs to support rural hospital members and their communities. ICAHN is governed by a board of nine hospital CEOs, each of them selected by the membership – their peers.

“Led by Executive Director Pat Schou, unquestionably known throughout the United States as the architect by which every other CAH network has been built, ICAHN’s motto is Strength through Collaboration,” said Casper. “Whether it’s assistance with IT network and cybersecurity matters, coding, group purchasing, patient satisfaction, provider, employee, board and physician survey programs, community health needs assessments, education and training, grant administration, as well as managing the network’s accountable care organization, ICAHN has mastered innovation. They take the lead in solving problems and implementing new ideas, even beyond state borders.

“The CAH designation has weathered many storms since it first began, but consistently, ICAHN is the calm before, during and after the storm – the reason why Illinois celebrates them as our Community North Star.”

ICAHN and IDPH work in concert each year to inform Illinois residents and their communities about National Rural Health Day and how the “power of rural” can be celebrated on NRHD and throughout the year. Plans for incorporating several of Illinois’ CAHs are in the works for next year’s celebration.