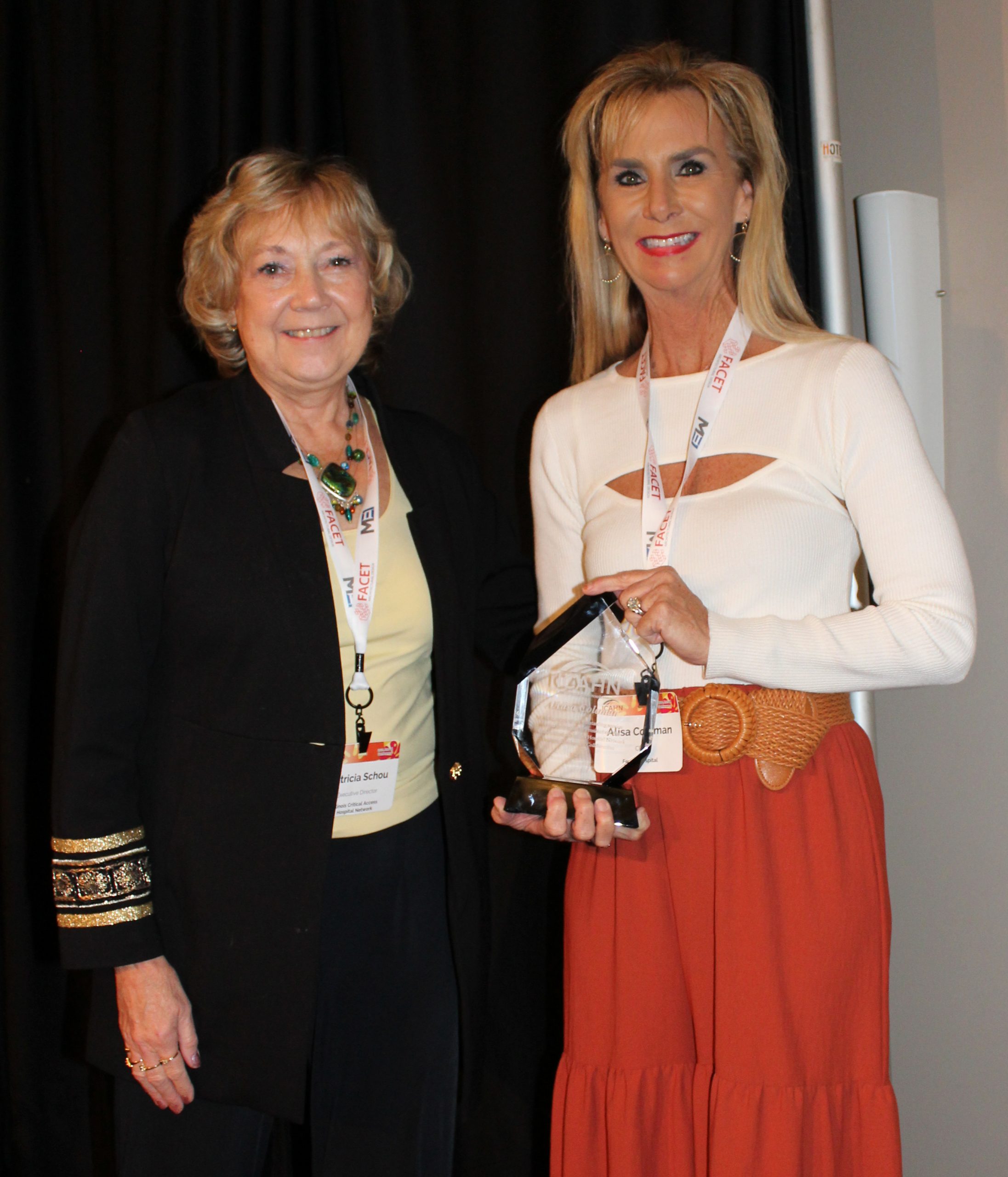 “We have all been impressed with Alisa’s visionary leadership and never-ending support to advance our membership, keeping our hospitals viable and strong,” said Pat Schou, ICAHN Executive Director. “But sometimes it is a person’s heart and passion that define the ideal role model. Alisa is one of those people, and we are so thankful for her leadership.”

Ms. Coleman served as ICAHN’s Issues Committee Chair in 2016-2017, was elected to ICAHN’s Board of Directors in 2018, served as its Secretary-Treasurer in 2019 and as its President-Elect in 2020, before being named President in 2021. She currently serves as a member of the ICAHN Regulatory and Legislative Committee, and she is an active member of the American College of Healthcare Executives, sits on various professional committees, represents Ferrell Hospital on the Illinois Hospital Insurance Provider Trust, and is an active member of the Eldorado Rotary Club and the Saline County Chamber of Commerce.