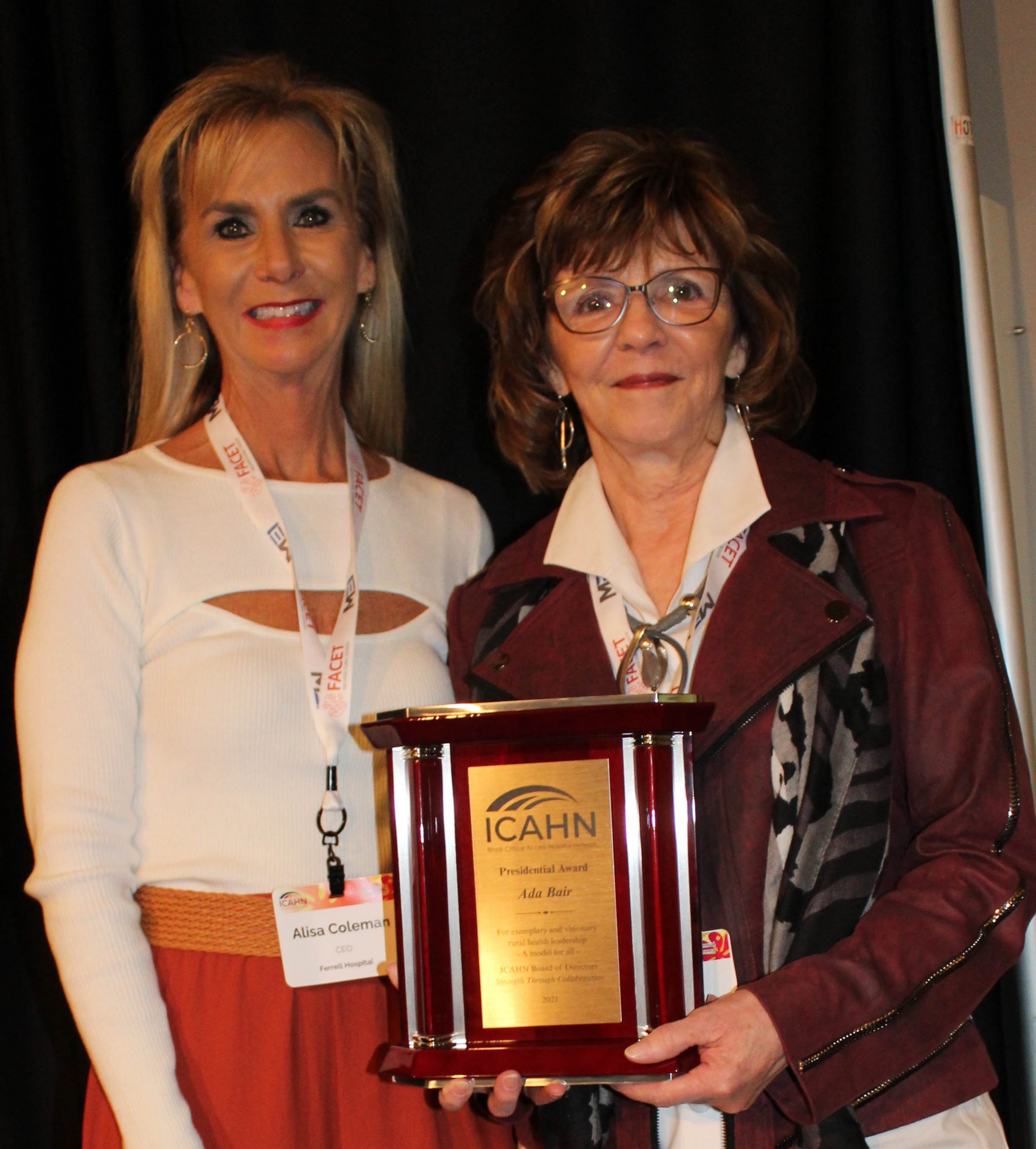 As a registered nurse and longtime CEO, Ada used her clinical leadership skills to propel her hospital to become a “5-Star Provider of Choice,” a highly competitive and coveted title recently granted to Memorial Hospital and its exceptional staff and administration during the Healthcare Service Excellence Awards, held in San Diego, CA.

In addition to these honors, Memorial Hospital was also lauded by the State Offices of Rural Health as Illinois’ “Community Star” during virtual ceremonies held on November 18, National Rural Health Day, celebrated across the nation. The “Community Star” Award is granted to only one individual or organization recognizing the finest in rural healthcare in each state.

Ada was personally recognized at the ICAHN conference for serving as the founding co-chair of the Illinois Rural Community Care Organization, as past Secretary-Treasurer, President-Elect, and President of ICAHN’s Board of Directors, and for being instrumental in establishing the “Opioid Crisis Next Door” conference.

“Ada is the first person to delve into new projects or to put forth the work to apply for new grants,” said Pat Schou, ICAHN Executive Director. “She is the first person to share ideas and experiences with her fellow CEOs and any others needing her vision, and she is the first one to step forward to help her staff, hospital, and community. She embodies the true spirit of rural America, and we commend her for such extraordinary leadership during such challenging times.”